Growing Research in Economics a Priority for the Macroeconomics Working Group 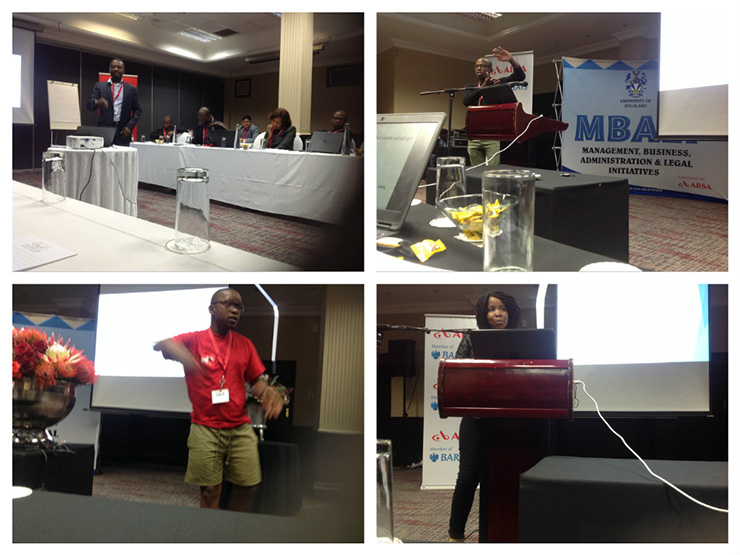 The group of economists comprised academic staff and postgraduate students whose mission is to advance and develop research in the field.

“Monetary Policy Shocks and Industrial Sector Performance in South Africa”, was the title of Kutu’s paper, while Gisanabagabo spoke on: “Financial Intermediation and Economic Growth: Evidence from Rwanda” and Akinola on: “Determinants of Higher Education in Nigeria”.

Ngalawa’s paper was titled: “Banking Instability and Deposit Insurance: The Role of Moral Hazard”; while Tipoy spoke on: “Capital Structure adjustment and Asymmetries: Evidence using South African Firms”, and Damoyi on: “The Relationship between Human Capital and Firm Size in South Africa”.

Ngalawa, the founder of the group, said the initiative was part of the team’s long-term objective of developing Macroeconomics as one of the niche research areas of UKZN in general and SAEF in particular.

MWG aims at building capacity in advanced techniques of solving macroeconomics problems and carrying out pioneering macroeconomics research. Members of the group regularly present their research at international academic conferences and publish their work in leading journals. ‘In 2016 alone, work from the group has been presented at conferences in Turkey, France, China and the United States of America,’ he said.

© University of KwaZulu-Natal: All Rights Reserved